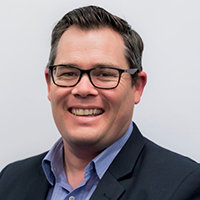 Several tall and supertall buildings with a spiral or "twisted" form have been proposed and built during the past 50 years. There is no
agreement on the origin and designer of the first embodiment of a "spiral skyscraper". This presentation will correct and amend the record, describe my project, and provide some background on the evolution of the tall building form from its prismatic "cage" to a wider range of structural concepts and new shapes which could be said to have started in Chicago in the late 1950s and early 1960s.

My proposal for a 120-story supertall skyscraper in a spiral form, 440m tall, was designed in 1963/64 in Berlin using a scale model
(1:400). It was intended as a counter-proposal for the WTC in New York. Unable to do wind tunnel testing in 1964 in Berlin I hesitated to
promote this project. A large photograph of the model was presented in Chicago at the Graham Foundation in 1965. Slides of the model
were shown in my lectures on "Suspended Buildings and Spacenets" at various US universities in 1967 and 69, at IIT in 1969.
The proposed cable suspension system is an integral and necessary component of this rather daring structural design. Wind loads are
absorbed by an exterior triangular prestressed network of steel cables. Floors are suspended from the concrete core in stacks of 8-12
floors each.

The "Spiral Skyscraper" proposed by the author in 1964 has been the first true spiral or "twisted" tall building design. Furthermore, an assumption and suggestion is made - that it could and should finally be built ... becoming a shining jewel in the skyline of a metropolis.