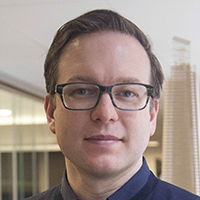 Twin-tower linkages, such as skybridges, provide extra entry points between tall buildings and can thus play favorable roles in improving transportation and communication in the urban environment. Although extensive studies on wind-induced responses of supertall buildings have been published, only limited studies on linked supertalls can be found in literature due to complexity the of the problem. As a result, conventional designs for linked towers often take an overly conservative approach. To support the design of the proposed world’s tallest twin-towers, the TBR 570-meter-tall project located in Phnom Penh, Cambodia, a fundamental study on aerodynamic characteristics of twin towers was conducted at Zhejiang University, China, using wind tunnel tests and computational fluid dynamics (CFD) simulations. The results indicate that the characteristics of wind forces on twin towers can be quite different from those on a single tower and the spacing between the towers strongly affects the correlation of wind forces in terms of magnitudes and phase angles.

In most engineering cases, the wind forces on twin towers tend to be correlated mainly in out-phase, so that the design of linkages can have a great impact on the overall structural responses. With adequately designed linkages, the common issues of across-wind response for super-tall buildings can become much less significant and the design wind loads on the linked twin-towers can be considerably smaller than simply double of the singe tower wind loads. The TBR 570-meter-tall twin-tower was then taken as a case study. It is verified that by properly designed structural linkages, the overall structural wind loads can be reduced to about 75 percent of the wind loads of the two single towers added together.