Vertical Urbanism in the Gulf 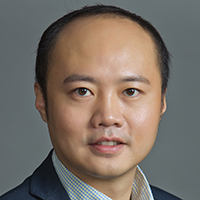 The Gulf cities have been experiencing a rapid transformation in their urban morphology, from traditional local settlements to global modern cities. From the beginning, tall buildings have played a crucial role in shaping the new reality for the Gulf cities—an image of the city that embraces the past while looking towards the future. In 1975 the first tall building in the region was conceived by architect John Harris in Dubai. This iconic tower will be celebrating its 40th anniversary next year. Between its inception in the 1970s until now the tall building as typology has changed and evolved to face the needs and the challenges of its era. By examining the history of the Gulf region's urban development, especially focusing on the skyscraper architecture across the region as well as the desire and aspirations of urban rulers such as Shiekh Rashid of Dubai, the clear picture of their effect on urban development is clear.

By investigating the evolution of tall buildings in the Gulf cities through the lens of the placemaking, urban integration and sustainability, and by tracing the current practice of tall buildings in the region, specifically by performing in-depth analysis of 12 cases study from four cities (Riyadh-Dubai-Doha-Kuwait), and by predicting the challenges and needs for the future, a conceptual framework is proposed and design guidelines are formulated that will help to enhance future planning and design of the tall building in the Gulf region.