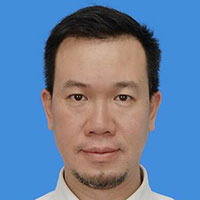 In the summer of 1969, shortly into his career as a Structural Engineer at Skidmore, Owings & Merrill LLP, John Zils was called into the offices of Hal Iyengar & Fazlur Khan, and was asked if he wanted to work on a project that would be the biggest project around, but would require working day and night for the next four years. Jumping at the opportunity, John commenced work on the initial design of the Sears Tower beginning a fifty-year long association that continues to this day. John is actively involved in ongoing design work in the (now) Willis Tower.

In the spring of 1969, Sears, Roebuck and Company decided to relocate their corporate headquarters to Chicago. Sears planned to relocate approximately 7,000 employees into the new building located on a 3 acre site in the western part of downtown, with projections for growth of an additional 13,000 by the year 2000. This desire for 4,000,000 sf of corporate headquarters office space housed within a single building led to the design and construction of the first ‘world’s tallest’ tower in more than four decades, and the invention of the ‘bundled tube’ concept for supertall towers. John’s account of the design and construction of Chicago’s tallest gives us the opportunity to hear how it was done from one of those ‘in the room’ at the time.