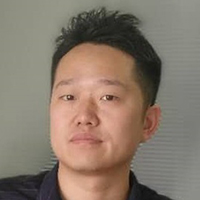 Detroit is a storied city that prospered in parallel with the growth of the automotive and manufacturing industry to become the fourth largest city in the US in the early 20th century. However, as those industries declined, so did Detroit’s population until the city filed for bankruptcy in 2013. In the years since, Detroit has seen amazing economic growth as businesses and individuals continue to invest time and resources in the city. In many ways, the growth, decline and subsequent re-growth of this American City is symbolized by the Hudson’s Site—a block in the heart of Detroit once occupied by the 25-story J.L. Hudson department store, a cultural fixture. Similarly to the city itself, the department store went through a series of expansions over the 20th century, but closed its doors in 1983 and was eventually imploded in 1998. In December 2017, local real estate firm Bedrock broke ground on a 1.4 million square-foot mixed-use development on the Hudson’s Site, which Detroit Mayor Mike Duggan dubbed “a sign of Detroit’s recovery.”

The first city in the US to be designated a UNESCO City of Design, Detroit is getting noticed on an international scale for its architectural legacy, design-focused approach to urban planning and significant investments by the public and private sectors to renovate and revitalize downtown.

The engineering story behind Hudson’s redevelopment is a primary focal point, as is describing the reasons for the use of structural steel, reinforced concrete and post-tensioned concrete gravity systems alongside reinforced concrete shear walls. The MEP systems have also been designed to take into consideration phased construction without the freezing of design of the complete project.