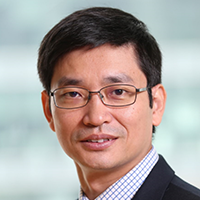 The decarbonization of the electricity grid is an important consideration in the design and retrofit of commercial office buildings. The reduction in carbon intensity of the electricity grid over the past ten years by city in Australia varies greatly. It is expected that the carbon intensity of electricity will drop further and rapidly across many cities in Austalia and other countries in the coming years, as substantial wind and other renewable energy sources comes online and coal electricity generators are decommissioned and retired.

As the electricity grid decarbonizes, the use of gas for heating and other purposes in a building becomes more carbon-intensive than utilizing electricity and heat pump solutions. Hence many buildings are being designed as all-electric, moving away from gas as a fuel; or are at least providing provision for future conversion from gas to electric at a suitable point in time. The tipping point has been reached across Australia (noting that some variance does exist by city) where the carbon intensity of air source heat pumps is lower than natural gas condensing boilers; hence from a carbon perspective, moving away from using gas for hot water generation in a building achieves the optimum carbon outcome.

Through exploring the latest design solutions for commercial office buildings with consideration of electricity fuel source, the implications of a decarbonized grid on both the heating systems and on-site renewables are investigated. The extent of renewable energy that is possible and practical for a commercial office building by design is delved into within the context of the balance that will exist between on-site and off-site renewable energy.