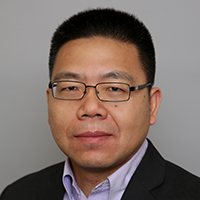 Changing the Character of a City through Tall Building

Toronto, Canada is a prime example of a cosmoploitan city that was subjected to an outright onslaught of tall building boom. Most of the new tall buildings constructed in the City are residential, for which, inherently the primary concern is profitability rather than their environmental impact. Tall buildings are an inevitable form and part of of the contemporary landscape, but other considerations do matter.

Tall building construction, in form of vertically stacked habitats, resulted in unusual impact on infrastructure including transportation, public places, resulting in population getting away from the city center to sprawling suburbs. The demand for residential units was uneding creating a concrete jungle in the midst of communities living their traditional ways for centuries.

Almost one-half of the domestic energy consumption in Toronto is in these tall buildings, the most intensive use of energy relates to heating and cooling of spaces. There has been no consideration relating to energy efficiency designs and related pollution issues. In the rush to build these tall residential buildings, no considerations were given to their operational efficiency. This stems from the system that the builder hands over the building after construction to a condominium board who are responsible for maintenance. Tall residential buildings that were built in the last decade are in depleted shape and have become more energy-inefficient, due to facade inefficiencies

The presentation will highlight case study of the City of Toronto boasting of a glamours skyline, which has negatively impacted the environment, resulted in 'bad' investment for the residents and is bereft of any concern about the lifecycle performance.