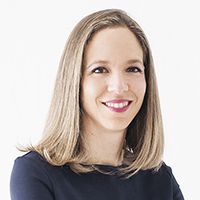 Chicago and the Modern Skyscraper

Chicago has always been a city home to influential design practices, and has a rich history and a prominent role moving forward in both the architectural and structural design of skyscrapers. The First Chicago School began in the late 19th century with the Home Insurance Building. It introduced the metal frame as a structural system which allowed the exterior of buildings to be “opened up” compared to the previous bearing wall buildings, thereby having a profound impact on the architecture of the time. Following World War II, the Second Chicago School emerged from the work of Ludwig Mies van der Rohe and his association with the Illinois Institute of Technology. The stylistic features of this period centered on a clear expression of a minimally decorated structural frame. In the later half of this period, the 1960s and 1970s, this technological approach was further enhanced by the many innovations of the talented class of architects and engineers, particularly the work of Myron Goldsmith and Fazlur Khan and their colleagues at IIT and SOM. Their work revolutionized tall building design resulting in new structural systems and the associated new forms of architecture and ideas that still resonate today. This presentation will assess the role of Chicago's contributions to the postwar sksycraper, showing how the confluence of research, industry, economics, and local politics helped forge a new generation of high rises.