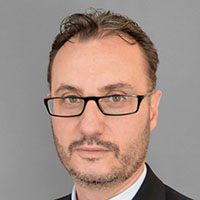 Tall Buildings of the Future as Seen from the Present

The multi-legged tower provides enhanced life-safety, efficiency, sustainability, and robustness. Wind tunnel tests demonstrate clearly the benefits in reducing wind loads on the building of the vertical long slots in between the “legs” of the tower. Designs include three slots as in the Al Burj, four slots as in the Nakheel Tall Tower and the Kingdom Tower, and three slots offset in plan as in the NHK Tower. The structural system of these towers is integrated into the architecture, such that the architecture and the structure is one.

The proposed tower for Tokyo is envisioned as a leader of a new generation of high-rise buildings to be constructed 45 years hence.