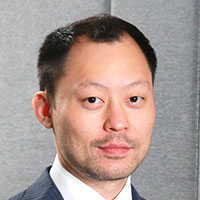 From New York City to Shanghai, the mixed-use project has become the default development formula in ways that were uncommon even ten years ago. The success of these stand-alone complexes has paved the way for singular projects at the scale of entire urban precincts. Today, the most progressive, boundary-breaking projects stitch multiple street blocks together in the pursuit of economically sustainable development. Projects such as Roppongi Hills and Hudson Yards illustrate how the creation of entire neighborhoods as individual real estate propositions have become viable alternates to traditional, mixed-use development models.

Victoria Dockside in Hong Kong transcends both definitions. Neither a traditional, mixed-use building anchored by an office program, nor a conventional precinct project centered on the creation of vibrant streets, the complex represents a new kind of hybrid neighborhood. It aspires to be a lifestyle destination, stacking mixed uses in a vertical precinct at the tip of Kowloon’s bustling peninsula. The majority of the project’s area is delegated to non-office programming. Two hotels, serviced apartments, and retail and cultural amenities support the area’s massive regeneration of public space.

Victoria Dockside is more analogous to the master plan for Covent Garden in London yet rendered vertically. Instead of stitching streets together, though, an emphasis was placed on indoor vertical transportation and outdoor terraces that engage the harbor and the city. Victoria Dockside paves the way for future developments, unmoored by the financial pressure reliant on office programs and instead focused on lifestyle placemaking.