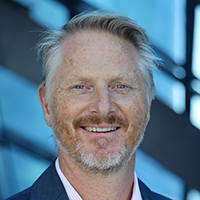 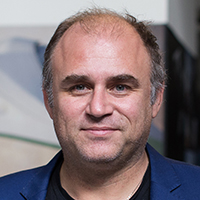 From gothic churches to modernist designs, architects have continued to strive for highly transparent envelopes. However, this façade typology, particularly when applied to high-rise designs, can result in rising energy consumption and uncomfortable interior spaces. Glass surfaces can reach temperatures upwards of 40°C with radiation inlet cooling air of 16°C. Typical solutions to this heat gain include incorporating reflective double-façades, or by sealing off the façade, which is commonly done in the Middle East with heavy curtains.

By contrast, the ACT Façade operates by absorbing solar radiation, reducing heat reflection into the urban context and extracting it for further use. The ACT Façade consists of an interior blind that creates a cavity between the textile and the exterior glass layer. This interstitial space becomes the first part of the exhaust air ducts through which the spent office air is extracted. In this way, the space acts as a buffer—heat from the sun is absorbed from inside the solar screen and routed up through the cavity. This extracted heat-energy can be used for heat recovery or to support dehumidification. At the same time, the room-side low-e coating on the screen provides lower surface temperatures and improved user comfort.

Through digitally optimized re-arrangement of conventional components, the system results in a highly efficient façade, creating a transparent aesthetic with lower installation and maintenance costs, while increasing usable floor space compared to double-skin facades. The ACT Façade was realized both in a newly built high-rise, the Festo AutomationCenter and the refurbishment of the European Central Bank, Frankfurt.