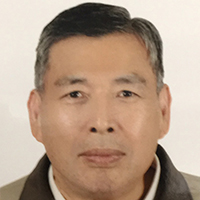 In many American and Asian cities, the tall building typology has framed skylines for decades. Though some cities are beginning to see towers that rise beyond the height of 300 metres, the London skyline until 2013 was unfamiliar with such scale. The scattering of high-rises throughout the city has impacted the public realm and threatened the protected views of historical landmarks. From the government's policies aimed at economic growth to the local boroughs where these urban giants are poised to hold their ground, the long-term effects of these landmarks are part of the complex planning puzzle that is the London real estate market.

With an increasing array of towers proposed for the capital, there is a great and pressing need to rethink the concept of building tall in cities. And as the capital's skyline continues to evolve in the next 50 years, it is the shaping of its identity and the containment of the polycentric sprawl that needs to be addressed through well-considered urban design and planning policies. This presentation covers three research components, beginning with London’s historical and political circumstances that seeks to question how extensively complex, unnecessary or ambiguous the planning regime has been structured toward tall building development and how it has to change according to this new reality. The second part of the study focuses on the symbolism, function and appropriateness of the high-rise typology and attempts to understand their influences in society. The final chapter is an aesthetic critique of London’s towers and includes evaluations and proposals of how to manage the design of the polycentric skyline and the tall building clusters that comprise it.