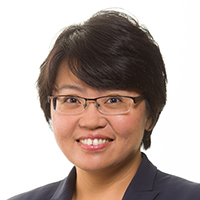 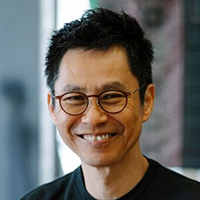 The development of high-performance computing has promoted the intelligent structural design. By artificially formulating the ideal evaluation system, computers help engineers to save a lot of time in calculation and scheme comparison. In performance-based earthquake engineering, the direct and indirect economic losses play an important role in scheme selection. Previous researches have revealed that a significant portion of economic loss is associated to acceleration-sensitive components. In this presentation, the influence of relative stiffness ratio between shear wall and frame to floor acceleration is concerned. A shear wall-frame structure is approximated as an equivalent continuous beam model consisting of a Bernoulli and a shear beam coupled with rigidly axial links. Because of the great uncertainty of ground motions, this presentation pays attention to the frequency-response function of multi-degree of freedom system. The optimal stiffness ratio is determined based on the minimization of the H∞ norm of the transfer function between the external loads and the structural response with different fundamental periods. A numerical investigation on a 10-story shear wall frame structure is performed, while the sizes of all beams in the structure are assumed to be constant. To validate the effectiveness of the proposed approach, a time-domain assessment is performed under 10 ground motions. The results are meaningful to engineers to decide the relative portion of shear walls from the point of view of reducing loss of acceleration-sensitive components in preliminary design stage.