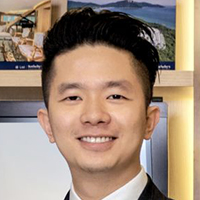 The world’s population in 2050 is estimated to grow to 9.8 billion where two-thirds of the global population will live in cities. Today, 55 percent of the world's population is thought to be living in an urban area or city. That figure is set to rise to 68 percent over the coming decades, according to the "Population Division" UN’s Department of Economic and Social Affairs.

As the population increases, mega cities rise, and the urban landscape evolves ever more vertically, what is the future of the city? Will the traditional stratification of functions be eroded by technology and new living patterns into a more pixelated/mosaic way? Will the layering of the city be interconnected by axons of multi-level transportation? Or will scale, virtual/spatial connectivity enhance civic cohesion, returning a sense of community?

We cannot predict with certainty the future of the city and the role of the skyscraper. However, there are emerging themes that point the way where the possible will inevitably be probable. These themes illustrate that tall buildings and cities of the future shall be collaborative, innovative, virtual, flexible and be even more connected. Technology will be the ultimate enabler, responsive to changing patterns of living, eroding the opaque boundaries of functionality. They shall react to climate change, be resilient to material scarcity, smarter, flexible, embrace autonomous energy generation and be adaptable to the changing world around them.