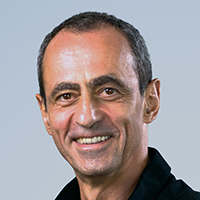 The evolution of modern cities has largely been enabled by our ability to control the indoor climate. In the early 1990s, Dubai was largely a small trading post in the Persian Gulf. With significant investment and the engineering to support it, the city is now a major global destination. Without the ability to provide enough cooling to the many new, large-scale commercial, retail and residential buildings, there would be no relief from the harsh desert climate and the city would not be able to sustain the critical population mass that is the crux of its economic development. The evolution of HVAC systems and how they have influenced buildings over the last 50 years are examined, while looking forward to the current trends in thermal comfort.

A recently completed development, Burwood Brickworks, incorporates a Living Building Challenge Platinum rating for retail and uses PMV (Predictive Mean Vote) to determine thermal comfort levels. It deviates from the standard of building a glass box and pumping cold or warm air into it to regulate the temperature; instead it uses natural ventilation, biophilic principles and natural light to create a sense of bringing the outdoors inside.