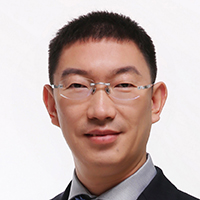 As the birthplace of the modern Skyscraper, the city of Chicago holds a place in history as one of great architectural innovation. From the alleged first Skyscraper ever constructed, the Home Insurance Building by William Le Baron Jenney in 1884, to Skidmore Owings and Merrill’s Sears Tower (Willis Tower) of 1973, Chicago has seen some of the tallest structures ever built.

But as a whole we architects have advanced the tall tower typology very little in the past century, beyond our ability to grow it taller and more environmentally efficient. One would question why a building’s structural height would continue to hold such a primary value, aside from say other principles that affect more directly an occupant’s quality of life? As towers are deployed ever larger and taller, as multiples and as networks, human beings remain oddly enough, the same size. We have yet to understand these structures as building blocks appropriate to the human scale.

This line of critique is nothing new. One can reflect on more than 50 years of global interest and architectural speculation on the topic, citing Habitat ’67, the Metabolists, Paul Rudolf or Yona Freidman. While these visions fell short to provide a humanist-focused building revolution, each continues to carry a set of values and principles that remain powerful and perhaps even more relevant to the issue today.

Looking back and looking forward, this presentation will speculate on the re-thinking of a 'humanist high-rise city' utilizing several built and unbuilt case studies, and recent research work in Chicago together with the Harvard Graduate School of Design.